By adminPublished On: October 20, 2020Categories: Psychology

Techiman Diocese Prepares for 10th Anniversary Climax and GCBC Plenary Assembly
The Bishop, Most Rev. Dominic Yeboah Nyarko, Priests and Religious, and the entire Catholic Faithful of the Catholic Diocese of Techiman get set for the Climax of the 10th Anniversary of the creation of the Diocese. 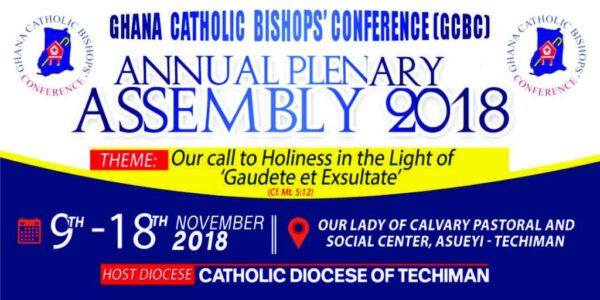 The Bishops will be arriving in Techiman on Friday 9th November, 2018, and they will pay a courtesy call on the Paramount Chief of the Techiman Traditional Council and the Municipal Chief Executive of Techiman. On Monday, 12th November, 2018, the Plenary Assembly of the Ghana Bishop’s Conference will be officially opened at the new ultra-modern Pastoral and Social Center at the Our Lady of Calvary Grotto site. The Closing Ceremony of the Conference will be held at the St. Paul’s Cathedral Church on Friday 16th November, 2018. 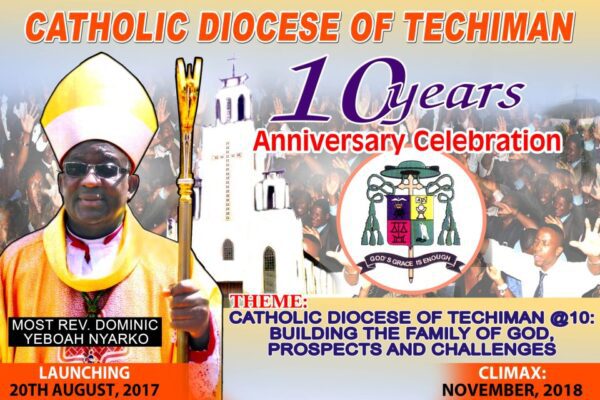 On Sunday 18th November, 2018, the Bishops and other distinguished guests will join the entire Techiman Diocesan Family to climax the 10th Anniversary of the creation of the Diocese at the St. Paul’s R/C School park in Techiman.

The Bishop and the Planning Committee would like to cordially invite all and sundry to the Climax and to join us thank God Almighty for how far he has brought us.