The Bishop of Techiman, Most Rev. Dominic Yeboah Nyarko, on behalf of the Catholic Diocese of Techiman, has honored Patricia LaPerch and her family, for the act of generosity shown to the diocese over the years. the LaPerch Family, from the United States of America, have been friends and benefactresses of the Diocese of Techiman for some years now.

In 2017, they donated a very big Marian Statue for the Assumption program and, have since, supported the Diocese in diverse ways. The LaPerch family has supported priests, Seminarians and Youths of the diocese with several acts of benevolence. Patricia LaPerch visited the Diocese in August and joined us to celebrate the 2019 Feast of Assumption of the Blessed Virgin Mary.

The Most Rev. Dominic Yeboah Nyarko imposed on Patricia LaPerch, and the entire LaPerch family – Billy, Tommy, Michael, Richard, Patricia, Mary-Ann and John – his Episcopal blessing and prayed for God’s blessings on the family. The Diocese presented, by way of appreciation, a citation and a beautiful Ghanaian Kente cloth to Patricia. 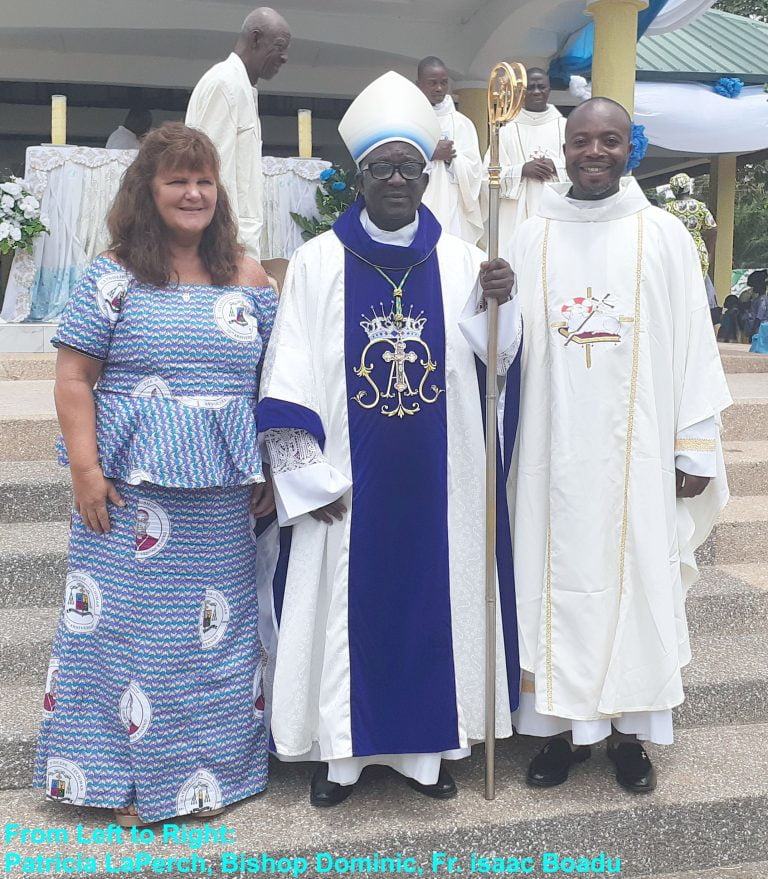