Techiman is the Capital of the Techiman South Municipal. It is a nodal town, where roads from the three northern regions (Upper West, Upper East and Northern Regions) converge.

In addition, trunk roads from Sunyani, Kumasi, Wa and Tamale all meet at Techiman thus making it a very busy town. It gained the status of a Municipality in 2004 and subsequently, Techiman North Assembly was separated from it in 2012. The population of the Municipality, according to the 2010 Population and Housing Census, is 147,788 representing 6.4 percent of the region’s total population. The famous Techiman market is one of the largest agricultural produce markets in the country. The Techiman Municipality has a land surface area of 649.0714 sq. km.

The St. Paul’s Cathedral Parish traces its history to one Opanin Yaw Boamah, a native stool (Asipim) designer, who brought the Catholic faith from Kwahu around 1923. He started the church with his brothers Opanin Kwasi Twumpuro, Opanin Yaw Ntoah and others. At that time, one Op. Anikorkor had founded a Catholic community at Akrofrom, and from time to time, the new church in Techiman joined those at Akrofrom to Wenchi Koase for Mass whenever a priest visited Koase.

The church began on Nana Sanaahene’s veranda. Later they moved to build a small chapel at the present house of Opanin Andrew Yeboah (Yaw Ntoah). This was built by the community towards the arrival of the first parish priest Rev. Fr. R. V. Ooyen, SMA. Having been called in the chief palace and warned not to make noise during church service, they relocated and built a new and larger church at the current site, with mud and thatch. On 13th October 1991, the church was dedicated by the late Rt. Rev. James Kwadwo Owusu, Bishop of Sunyani. The foundation stone was laid by the late Nana Kwakye Ameyaw II (1961 – 1988) Omanhene of Techiman.

The first visiting priest was Rev. Fr. Fisher SMA who was from KBK parish. Though, he started the parish in about the year 1924 – 1927, he did not baptize any faithful until Rev. Fr. R. V Ooyen the first residential priest baptized people on 31st day of May, 1934. The SVD’s took over with the late Rev. Fr. Peter Wildenburg, SVD 1974–1978 (parish priest) and Rev. Fr. Charles Lariosa as assistant priest from 1974 – 1980. The parish was handed over to the Late Msgr. John Oppong Baah, the first Diocesan Priest (1992 – 1998) and was succeeded by Msgr. John Boachie Gyan in 1998 until Techiman Diocese was created in 2008. When Techiman became diocese, Rev. Fr. Andrew Kwame Takyia became the first Cathedral Administrator (2008 – 2012) and Very Rev. Fr. Francis Kwame Anane Yeboah took over from him in June 2012 to 2021. 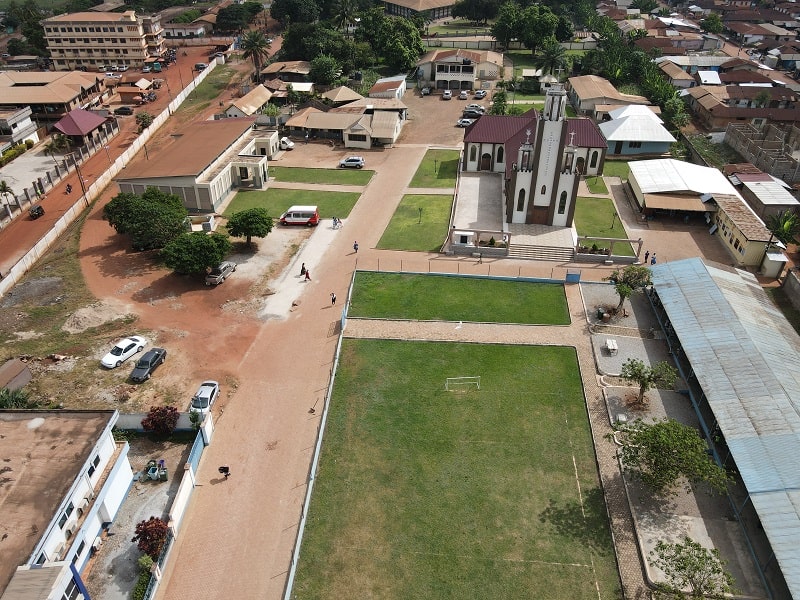 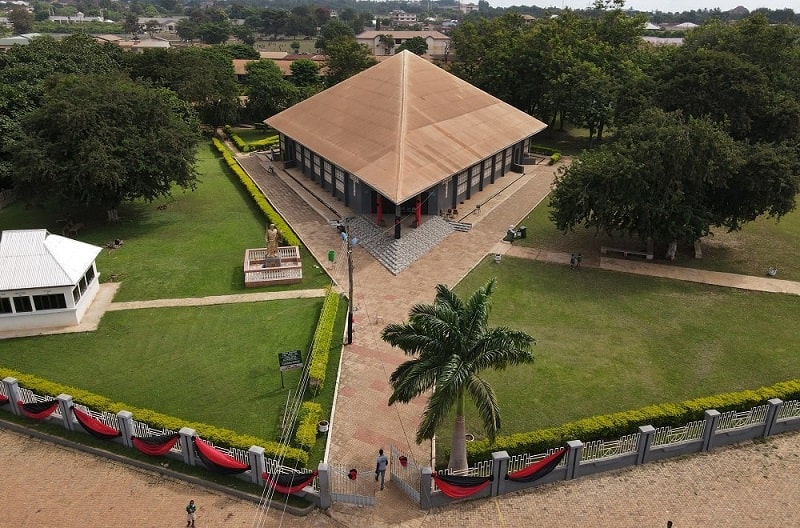 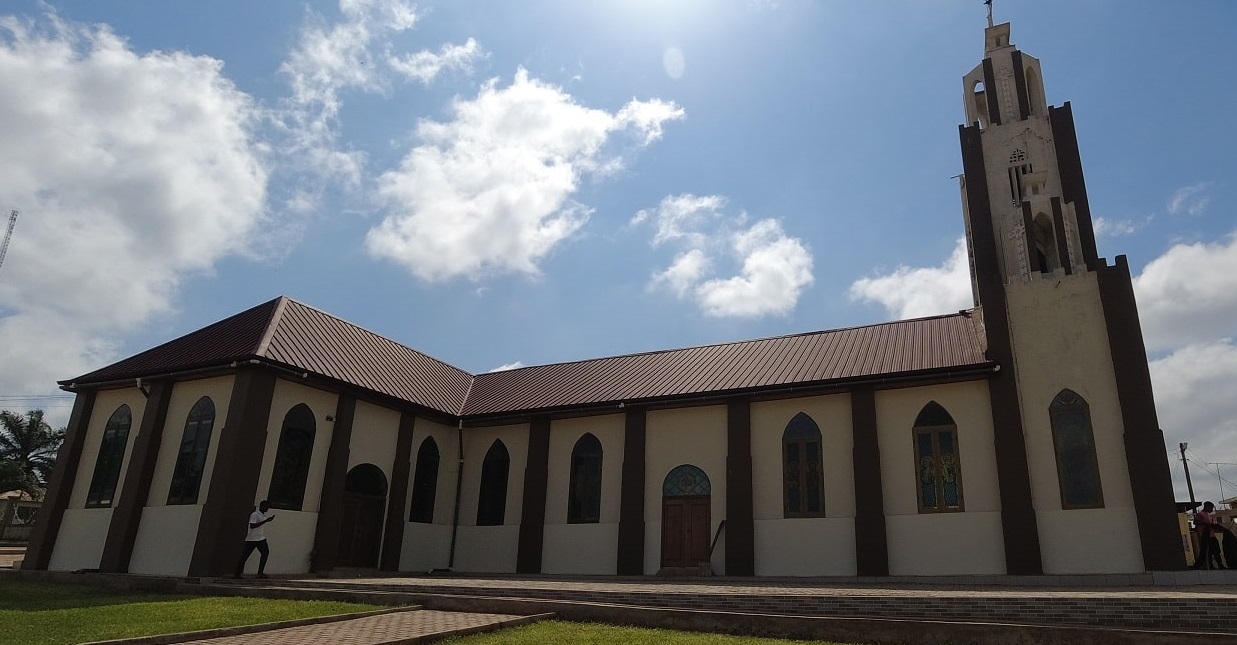 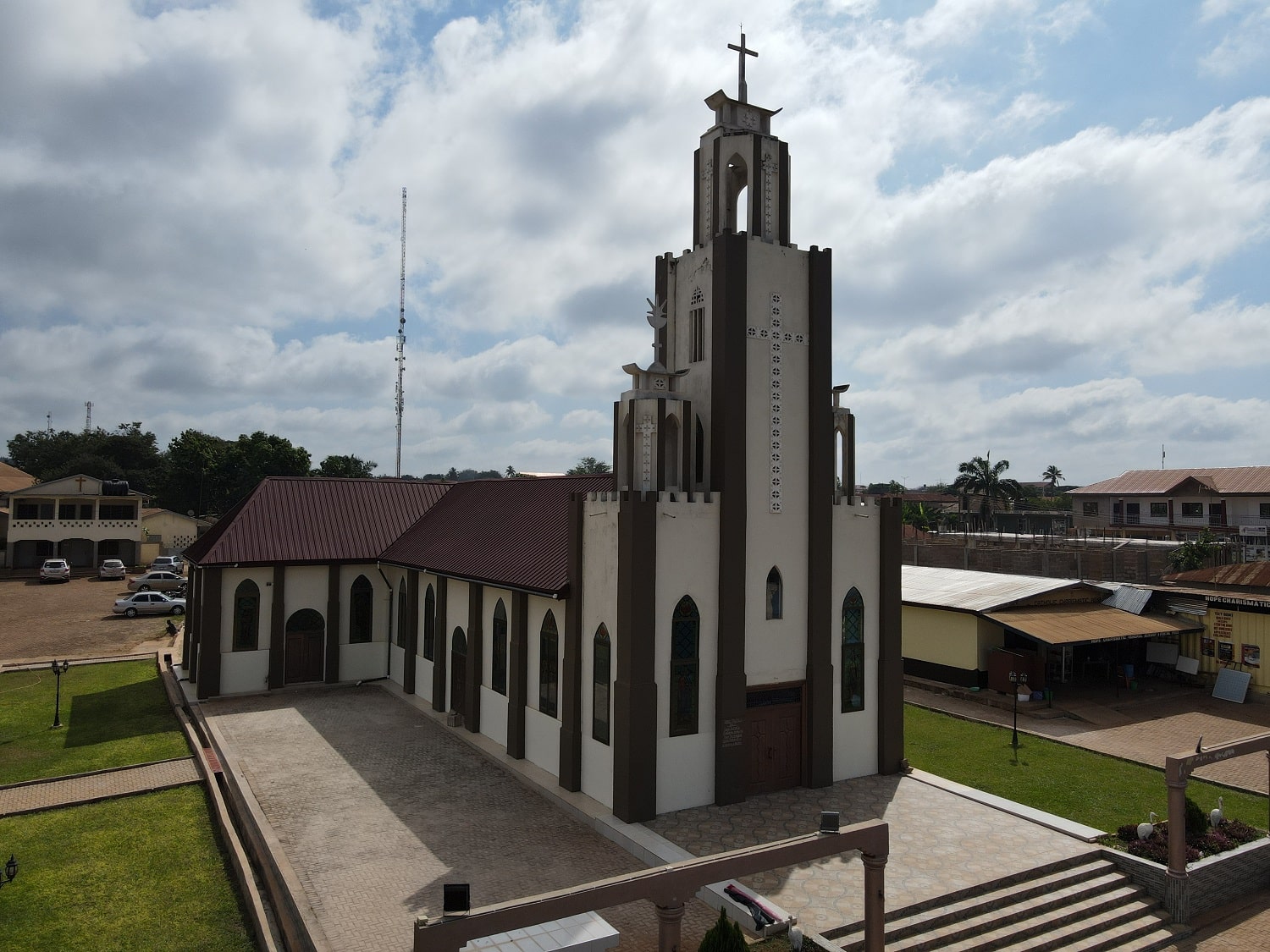