How We Started As a Diocese

The Catholic Diocese of Techiman was created on 28th December, 2007 by His Holiness, Pope Benedict XIV. It was curved out of Sunyani and Konongo-Mampong Dioceses. Most Rev. Dominic Yeboah Nyarko, the first Bishop of the Diocese, was ordained on March 29, 2008. The Diocese shares borders in the North and West by Damango Diocese in the Northern Region of Ghana, South by Sunyani Diocese and East by Konongo-Mampong and Kumasi Dioceses.

The Diocese lies within the transitional zone of Ghana, between the forest zone, in the south and the savanna, in the north. It covers an area of about 25,500 square kilometers, constituting 64.46% of the total surface area of the Brong-Ahafo Region of Ghana, majority of which are rural areas. 2015 statistics indicates that the diocese has a total population of Diocese 904,156 of which 78,330 are Catholics

Generally, the diocesan area is rural with most of the socio-demographical indicators worse off than the national and regional averages. For example, it has a high illiteracy rate of 60%, with less than 10% of the population attaining a post-basic education qualification. The doctor-population ratio and nurse–population ratio are about 1:50,000 and 1:3,000 respectively, compared to the national ratios of around 1:10,452 and 1:1,000. About 70% of the economically active population is involved in agriculture and related activities. Small-scale manufacturing activities involving the fabrication of farm implements, storage containers, donkey carts, etc., go on in Kintampo, while Techiman (19% of its workforce) leads in commercial activities. With respect to institutional sector employment, the private informal sector provides employment to about 86% of the workforce. 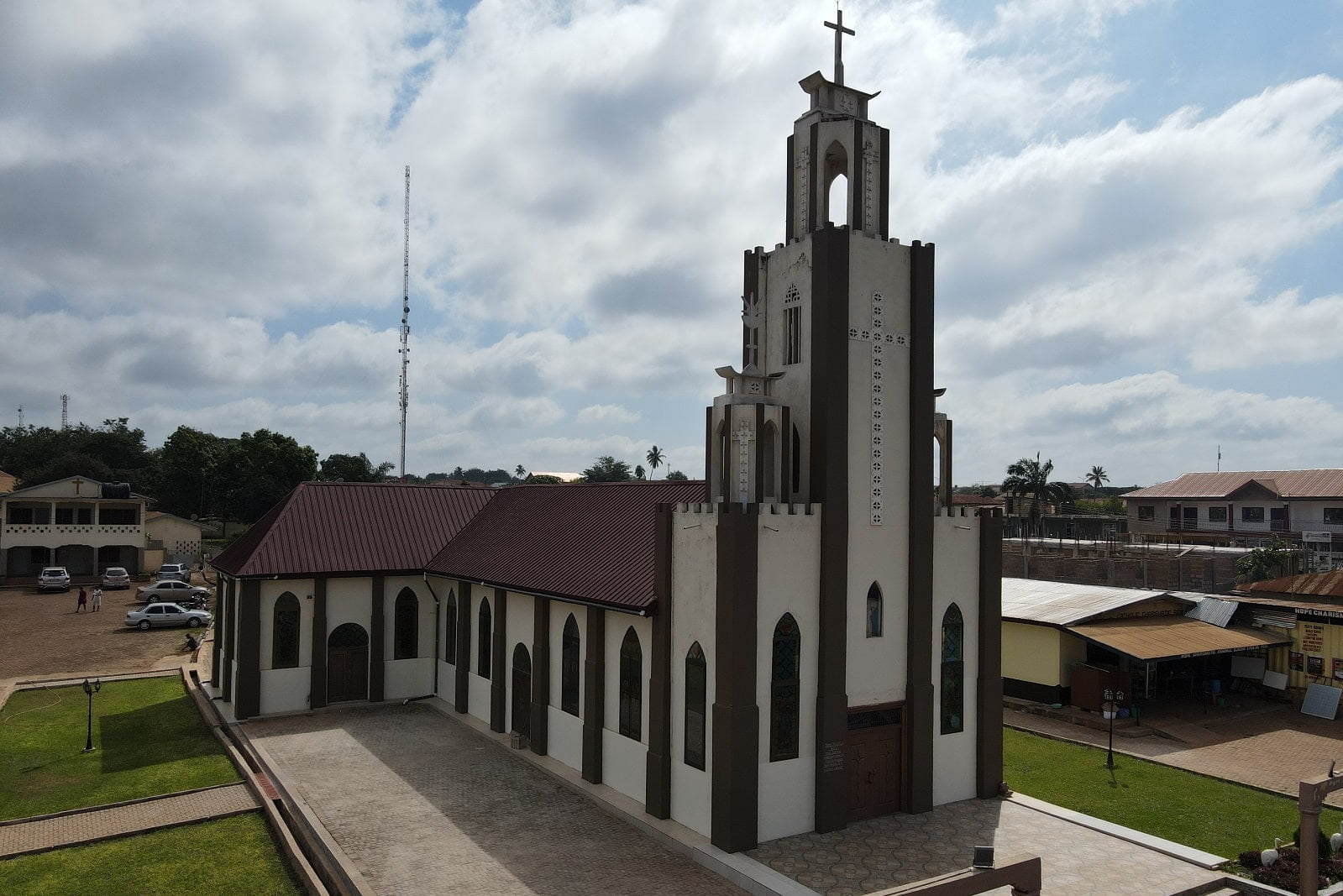 The mission of the Catholic Diocese of Techiman is to make Jesus Christ, ‘the way the truth and the life’ (john 14:6) known in its territory; by ministering to the spiritual and human needs of God’s people.

The Catholic Diocese of Techiman envisions a harmonious society where reconciliation, justice, and peace prevail; and God’s people attain spiritual growth and material wellbeing through a range of integral pastoral and social development programs.